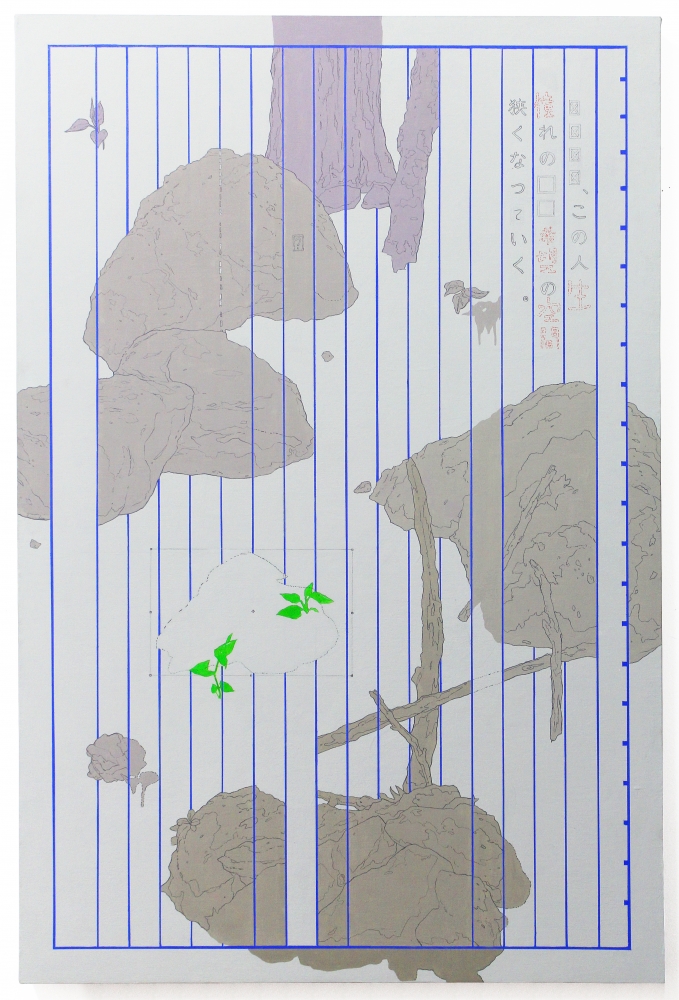 It’s summer, and you know what that means—galleries are going all out on group shows and testing out fresh talent... giving us the opprotunity to speculate about which emerging artists we might be seeing more of next season. It also means that it’s hot as all get-out in New York, so the time is nigh to punctuate your perambulations with some ice-cold air conditioned art viewing. There are a panoply of fresh and interesting shows to check out around the city this season, but if leaving the beach, the pool, or your frigid apartment sounds a little... ambitious, let the team here at Artspace do the leg-work for you. We've identified five stand-out emergent voices who definitely deserve their own solo ventures sooner rather than later. Stay on the look out for upcoming projects from these cutting-edge artists.

Geary Contemporary's Rhythm Garden exhibition ruminates on patterning, order, and resplendence in the natural world, and Naomi Nakazato's finely rendered The April Letter is no exception to its attendant company. Nakazato's multi-disciplinary practice maps the emotional topography of identity with an eye towards traditional Japanese aesthetics, questioning the role of self-curation in seamless, synthetic experience. While the manifestation of her concerns varies materially, often melding sculpture, painting, print-making and installationist gestures in single pieces, her work communicates in a restrained economics of beauty, fashioning charged liminal space from the compositional voids viewers tend to take for granted. Nakazato mines her own story as a biracial Japanese-American for a poetics of mistranslation that cross-pollinates nostalgia with virtual glitch, reminding viewers that authenticity may not be the clean delineation selfhood prescribes. Simultaneously fugitive and stoic, Nakazato's delicately balanced art objects yearn for unnameable place and incongruous time. Having earned her MFA from the New York Academy of Art, Nakazato is currently a Keyholder Resident at the Lower East Side Printshop and has received two Elizabeth Greenhields Foundation Grants. She lives and works in Brooklyn.
Download PDF
View More