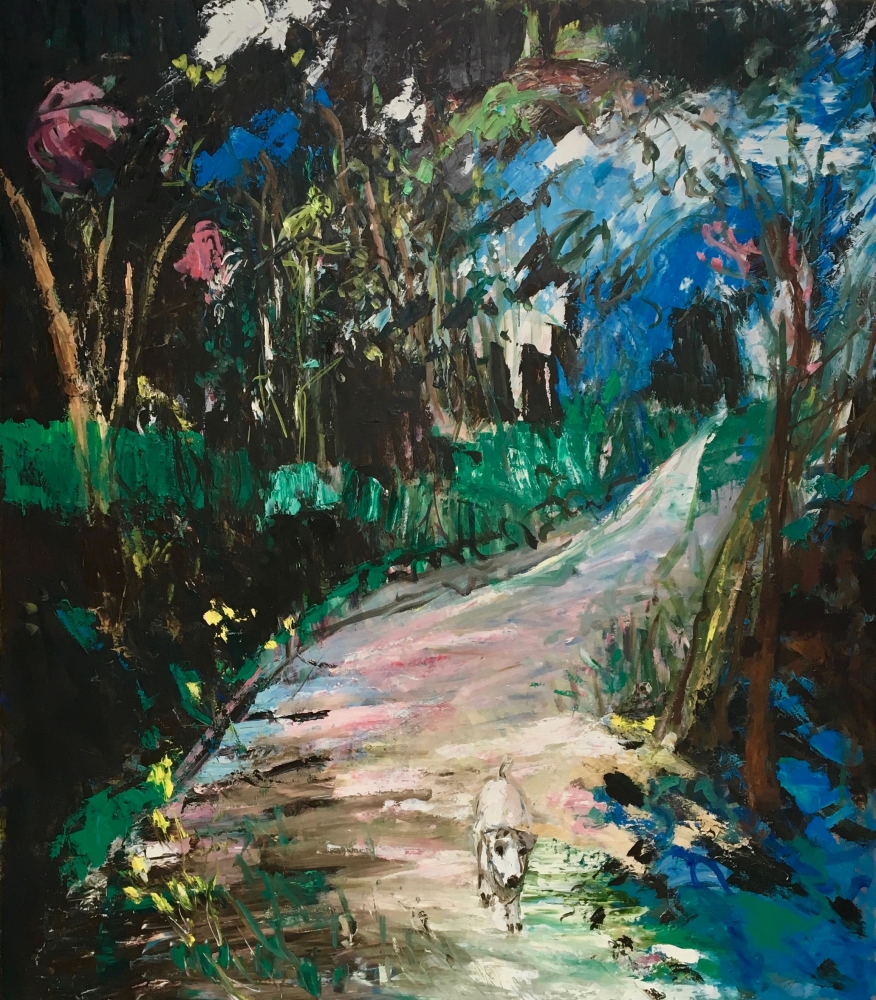 Riotous storms of thrashing color formed into woodland scenes are the hallmark of Brooklyn­based artist Deborah Brown’s paintings here. Among forested tableaux under tempestuous skies are recurring motifs: birds, a dog, and a lone female figure. While there are notes of modern civilization—a railing, a pathway—the bent of this exhibition is toward natural, rather than human, architecture.

In Birch Trees (all works cited, 2017), the woman, arms hanging limply by her side, looks forlornly at a bird perched on a nearby branch. As close as she is to her avian friend—a signifier of beauty, freedom, the inexplicable—she cannot touch or possess him. Our heroine almost achieves union with the landscape in Nixie, where she stands naked in water up to her waist, framed by dense foliage and cradling a small dog. Though we see her reflection in the pond, she does not gaze into it. She is an anti­Narcissus, staring directly at the viewer, at ease with her pet and wearing what could become a contented smile.

These arcadian settings are not gently rendered, however.
Brown’s palette­knife facture is anxious and harsh, rife with
thick daubs and slashes. Such frenetic energy is more akin to
the tumult of city life. These works suggest a peaceful emancipation, something for which many enervated New Yorkers secretly ache, but perhaps cannot voice it for fear of being perceived as lacking resolve, or worse, betraying treasonous disloyalty to the city’s often suffocating embrace.